by lighthouse in category Blog with 0 and 74

Knowing how much sound there is – The sound testing process

No-one likes noisy neighbours. Whether it’s a home, a hotel room or other type of residential dwelling involved, too much noise can be disturbing. Sound testing makes it possible to test the level of noise coming from adjoining buildings.

Why the need for sound testing?

In any new build or development, reducing noise levels means installing soundproofing. How effective the soundproofing is at reducing noise levels requires carrying out sound insulation testing. This type of testing is a mandatory part of the Building Regulations. It applies to residential developments such as new builds and conversions where properties are attached (flats for example) rather than separate. It also covers hotels and hostels. The testing process tells us how much sound the proofing treatment prevents passing through a floor or wall between dwellings. 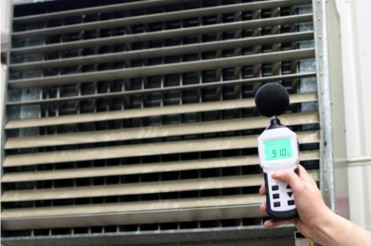 Carrying out the sound testing process is relatively straightforward. The process aims to make sure that the new development or conversion meets or exceeds the Building Regulation’s Part E standards. It takes place before rather than after the development’s completion. The testing process involves carrying out an airborne sound insulation test on party walls in adjoining properties. For flats, the process includes both an airborne sound insulation test on party walls as well as an impact sound transmission test on floors. A report details both the test results and any recommendations made. It is a part of the process used to certify building completion.

The type and level of testing carried out on new builds and conversions depends to some extent on the development. The main tests are:

There are other sound tests that might also be run as part of the process. These include measuring:

Whether it’s a small one-off project or a major development, it’s important to take advice so that you don’t fall foul of building regulations. Why not get in touch with us at Lighthouse Acoustics to talk about your requirements for sound testing? Give our acoustic consultants team a call on 0161 457 0515 or  send us an email enquiry and we will get back in touch as soon as we can.